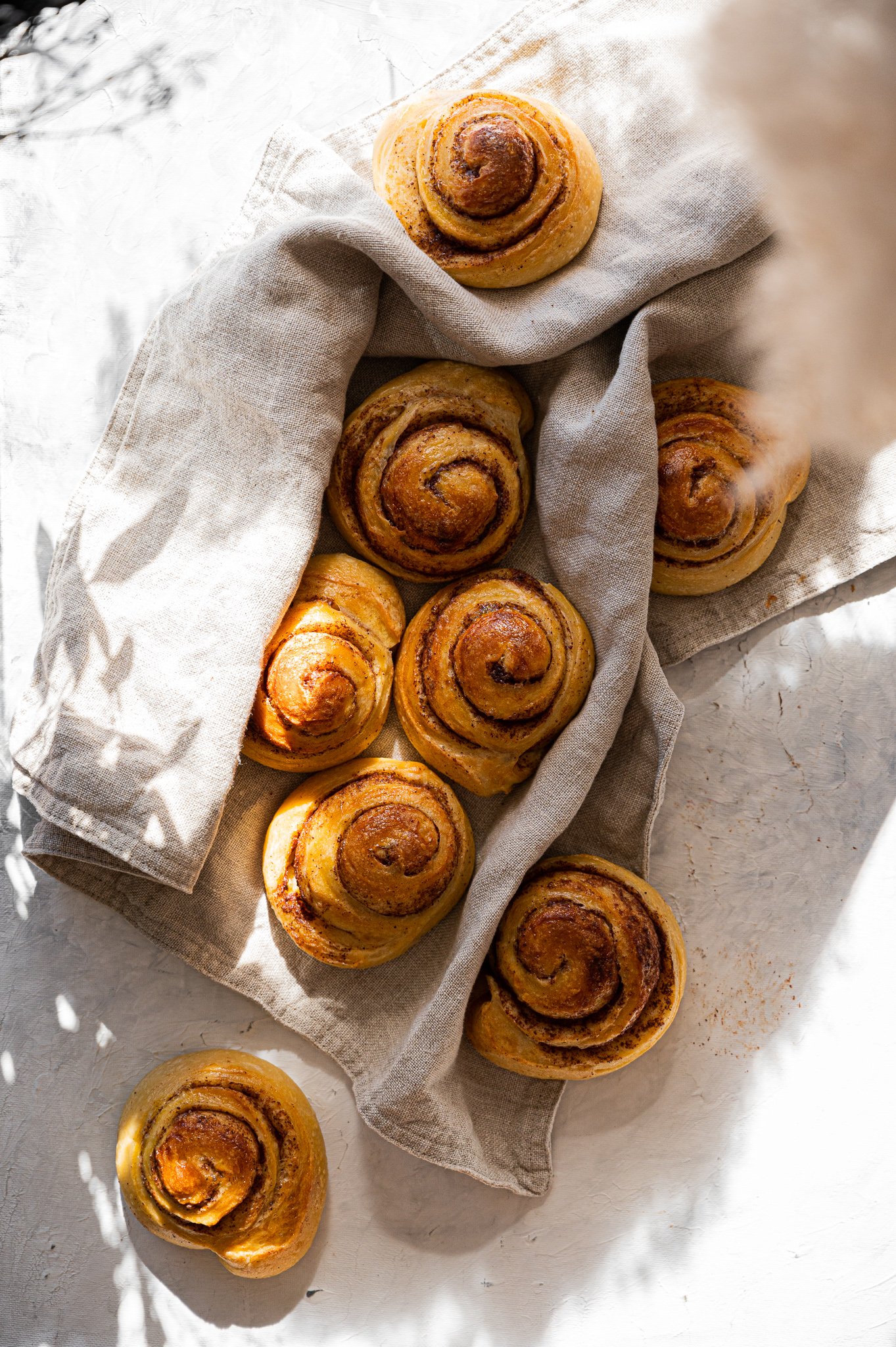 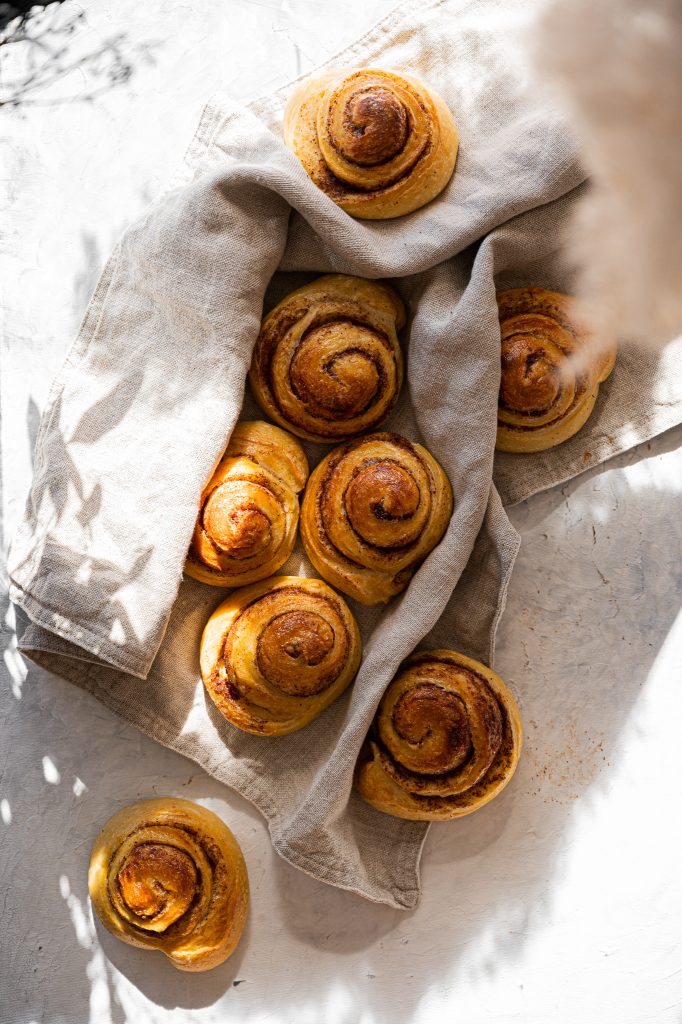 If you are looking for a pure, traditional recipe for cinnamon buns? this is it guys! My Grandma’s BEST Cinnamon Buns must be one of the better recipes I’ve tried when it comes to these amazing little swirly cinnamon covered buns.

These cinnamon buns brings up so many childhood memories for me – where my grandmother (Liv) would bake these and it would infuse her house with the most amazing smell. She would always bake something or have something ready for me when I arrived.

My family live in the middle of Norway – and since I am born and raised in Oslo I used to go to my grandparents (on both sides) at least once or twice a year, often for summer or Christmas.

Cinnamon buns is a traditional Nordic treat and most people probably know them as a part of the Swedish Fika. Luckily we got them here in Norway as well and I must admit that Liv’s recipe for cinnamon buns is one of the best ones I’ve had.

She would often cover them in a powdered sugar glaze, but I didn’t this time- as I actually prefer them without- and they are freezable this way. If you do want to try with a powdered glaze – just add a touch of water to powdered sugar and mix until smooth and add on top of the buns- either by dipping or using a spoon.

*About yeast- I prefer to bake with little yeast and spend alot of time on the rising of the dough. I believe that alot of yeast might interfere with our gut which I would like to avoid.